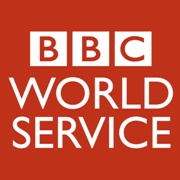 BBC World Service Radio is the most famous international radio station operated by the British Broadcasting Corporation. It was founded in 19 December 1932. Only the latest world news can be listened to live streaming.

The service is originally in English and also has branches in over 40 languages. People listen to radio in the world in these languages by internet streaming, or by podcasting, or DAB, FM and MW transmitters.