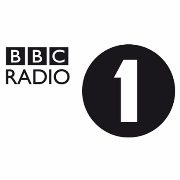 BBC Radio 1 is the most watched British national radio station owned by the British Broadcasting Corporation. Founded on September 30, 1967. The radio station is listened to on FM and DAB frequencies throughout the country. Since May 1991, a round-the-clock program has been launched, consisting of contemporary pop music, and in the evenings - dance, hip-hop and indie music. The main audience is young people from 15 to 30 years old.